We're back from vacation! A much needed vacation. My mom took us to Disneyland for a couple of days and we had a great time. Ollie did amazing on this trip. Very few breakdowns. I'm going to get this whole trip on one post, so let's look at pictures.
On our trip into California, we made a slight detour to check out the Redlands Temple. Visiting temples on vacations is a family tradition that Brady is learning to accept. 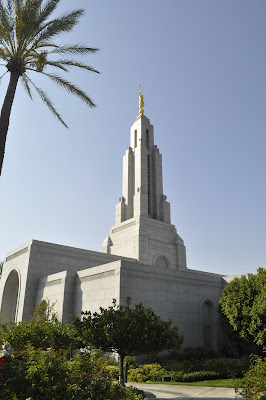 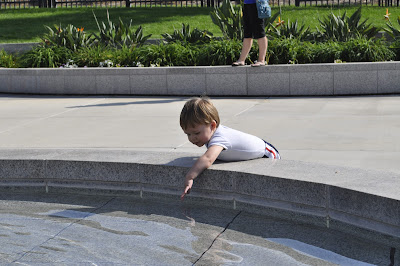 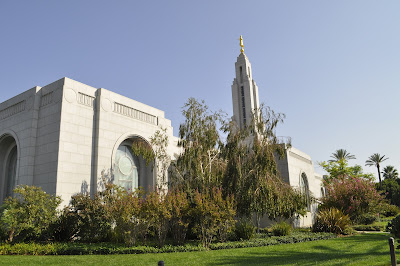 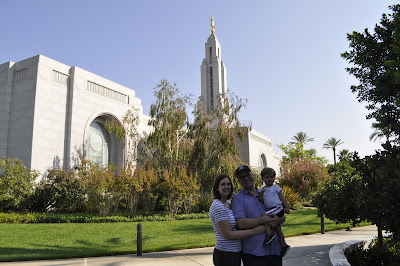 We got to Anaheim, ate some dinner at Knotts Berry Farm and the woke up for Disneyland!

The first stop was Fantasyland for Peter Pan. Oliver hated waiting in line, but we made it through. Sarah and Gigi got on the ride first and waved to Ollie as they took off. That didn't go over well, but once we were on and moving he seemed to like it. Really I think the dark rides, which are the movie themed rides were a bit overwhelming to Ollie and he seemed a little catatonic on them.

After we've had enough of Fantasyland, and had a lost ticket incident (my ticket, followed by a meltdown by yours truly), we headed to Tomorrowland. Got some fastpasses to Star Tours and rode Buzz Lightyear. We had gotten free fastpasses to Space Mountain because of said lost ticket and went on that, why utilizing the child swap passes for the first time, which are pretty sweet. We then did the new and so very much improved, Star Tours. It was awesome! 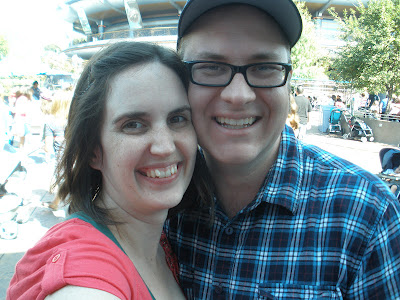 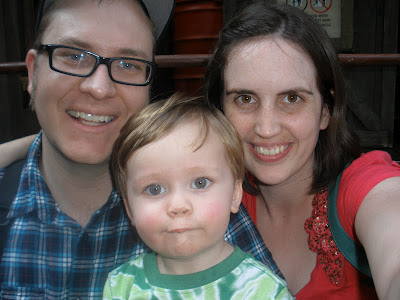 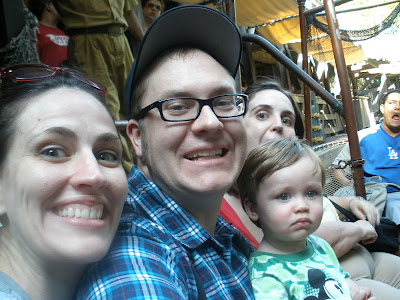 Next we did Pirates, the only ride I was worried about for Oliver, because of the drops. But he did great and didn't even react to them. He liked the ride when the pirates were singing and applauded when the town was burning. Funny kid.

Sarah, Brady and I went on Splash Mountain, which is always a blast. I think I had the most fun... 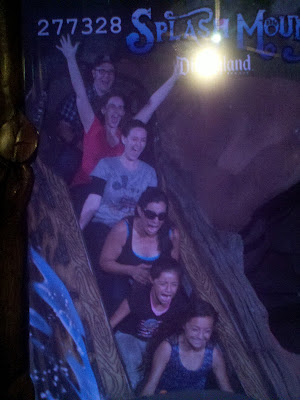 Brady and I really wanted to eat somewhere new this trip and chose the Cafe Orleans. Great choice, great food. I would eat there again. 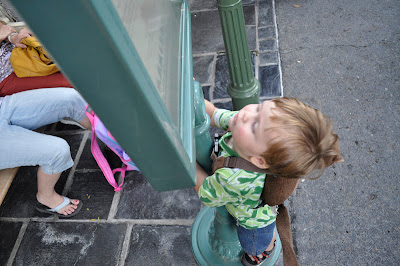 After Haunted Mansion and Big Thunder, we decided to head back to the hotel. We were tired.

The next day, we explored California Adventure. This place has changed so much since we had last been there. But I took less pictures. Here we go.

We got our fastpasses to World of Color as well as to the Cars Land, Radiator Springs Racers. We first tried the Little Mermaid ride, Ariels Undersea Adventure. We were impressed by this, the animatronics, were really good and ride was simple, not fast, and musical. We decided to hit up California Screamin and did the carousel by that area next.
Ollie loved the ferris wheel. The swinging always made him laugh. 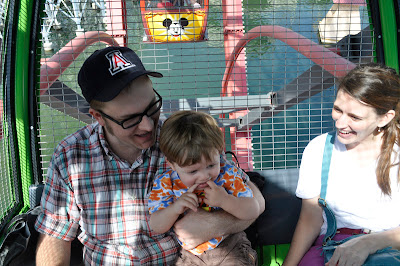 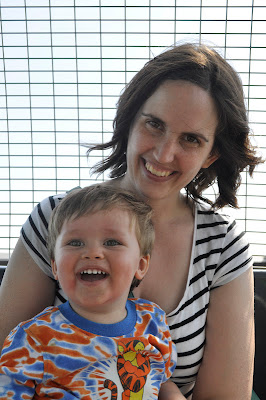 The Grizzly River Run. Sarah, Brady and I went on this. None of us had ever been on it before so we were all a little nervous about how wet we would get. Luckily we didn't get it to bad.
Oliver had fallen asleep by this time and so we did Soarin over California in pairs and then went to use our Radiator Springs fastpasses.


The Racers ride was awesome! I don't want to spoil it for anyone, but it's surprisingly good. I'm glad I got to ride it twice.The only other thing we did in Cars Land was eat at Flo's, which was pretty tasty. The other rides didn't call to us.
Tower of Terror was a must, but then the big event, for Ollie at least, was the Pixar Play Parade.

I'm not a fan of parades but watching Oliver watch this parade was my highlight of this trip. We had a spot right in front of the gate that the parade came out of. Such a great view. 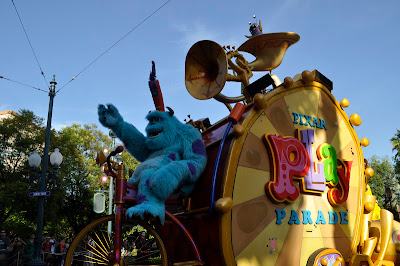 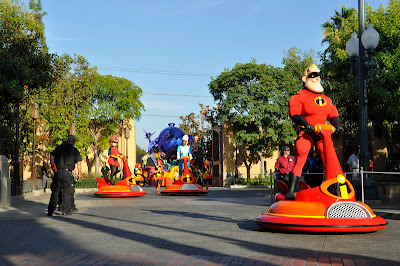 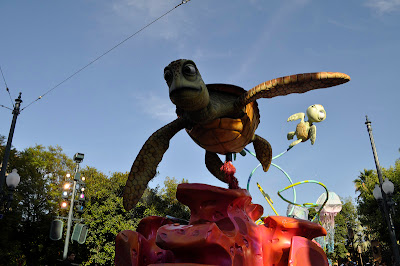 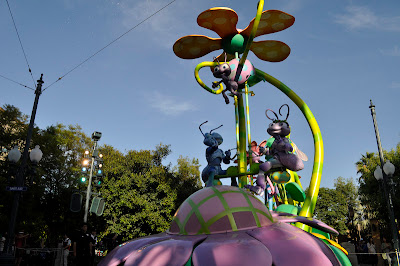 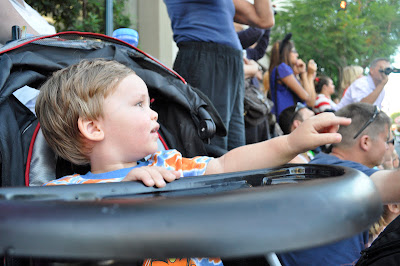 We did Toy Story Midway Mania. Ollie rode with Gigi and Sarah and they said he loved it. Plus he looked super cute with the 3D glasses on. 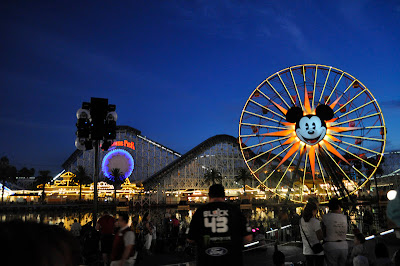 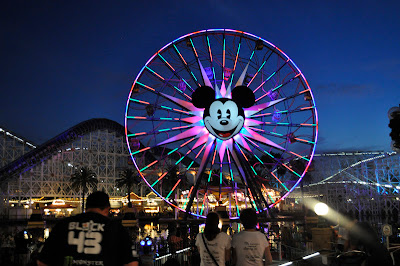 Ollie had his only meltdown of the day before World of Color. He was pretty tired. Then the day was through.

We came home the next day and ready to get back into our routine and new schedule. We loved having a week off to play. Thank you mom for this great trip and fun memories! 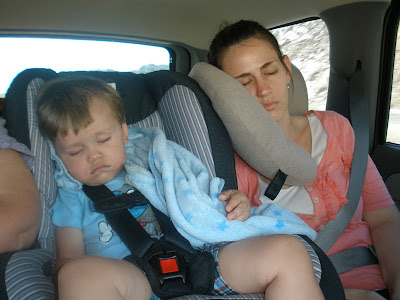