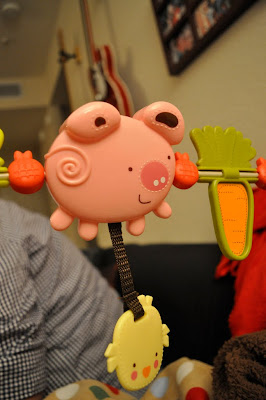 He sits above Oliver's head on his bouncer. Oliver just loves Little Piggie. He will stare at him, talk to him, and smile at him for a long time. A long time means 20 minutes for Oliver. Then in the middle of a conversation, Little Piggie will say something that upsets Oliver. Oliver will continue to converse, but ends up in tears. It's pretty predictable. Little Piggie is kind of bully. 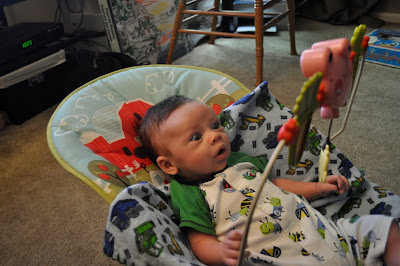 We've been going great here at the Gillman house lately. Brady had his birthday on the 7th. I bought him a game, DICEcapades, which is pretty fun, even for 2 people. I also called on the babysitter, Sarah, and we went out to dinner to Oreganos and got some ice cream.

Brady has been keeping busy with various video projects. He even filmed a wedding this weekend. His job search is getting better and I feel he'll get something he wants sooner, rather than later. Mostly we're in waiting mode.

I've been doing good and love being a mom to our Ollie. He's been changing a lot and is easy to smile and cuddle. He likes watching TV, I don't think that's a good thing, but at night it's hard to make him happily turn away from it. During the day he loves to have the TV off and just have one-on-one mom time. I'll turn on some music and sing to him, he loves that. And I'll go on a walk about every other day. He doesn't actually love that, but he falls asleep in the stroller, and it feels good for me to get outside.

A perk to being a stay-at-home mom(which, really, I'm not), is being able to get visiting teaching done in the middle of the day. It was fun walking stroller brigade style with my VT companion to one of our girls homes. I seem to feel more social during daylight hours.

Anyways, I want to share some more photos. Oliver is now able to use his bumbo, he looks so cute in it, and I think he actually likes sitting in his own chair. 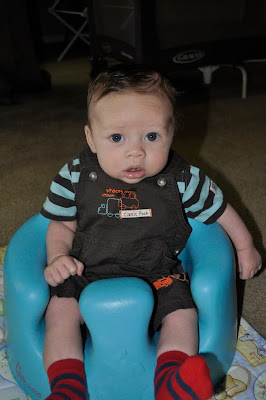 First time in the bumbo. 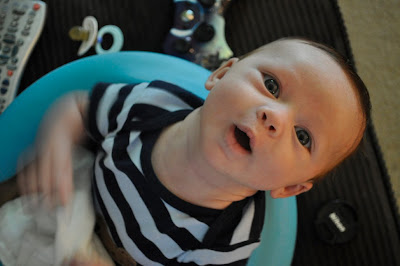 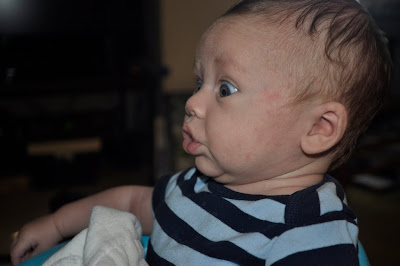 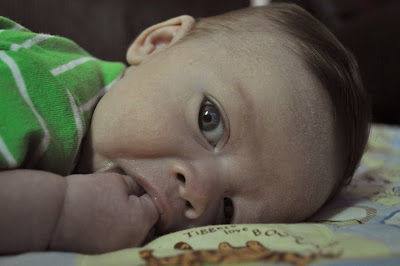 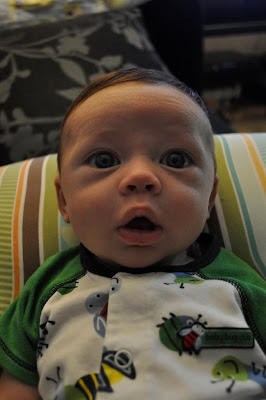 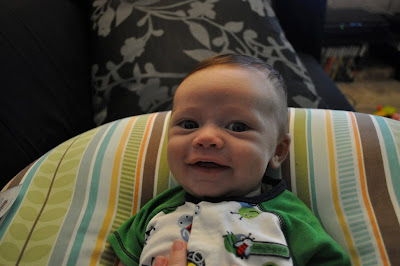