I've been a lame blogger. I know. Since I have to blog at home, I have a hard time, since my feet swell up at work while sitting at my desk and the last thing I want to do when I get home is sit at my computer and have my feet get bigger. We've done a lot of stuff I haven't talked about yet.

Before Thanksgiving, we went to The Good Guys Car Show. Brady wanted to get some video footage for his cinematography reel. I took my camera and took some pictures for myself. We had a blast being "artistic" together. A lot of these cars were pretty cool. 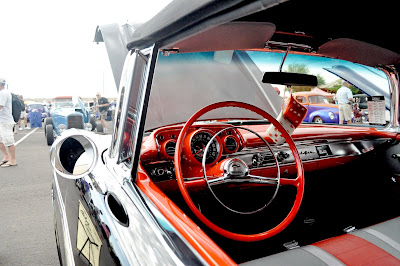 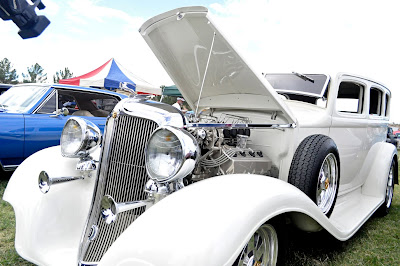 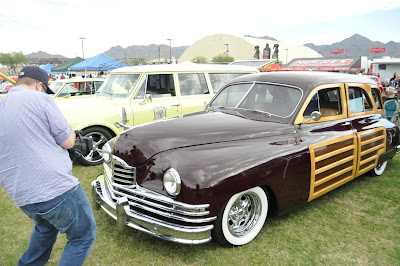 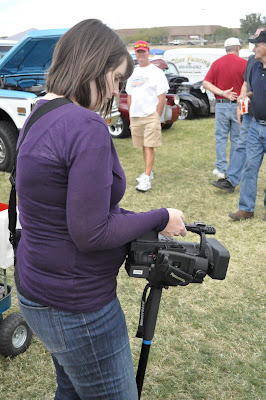 Even I got to help out and film a little. Not a real child. We didn't know what this was about, but it was funny. 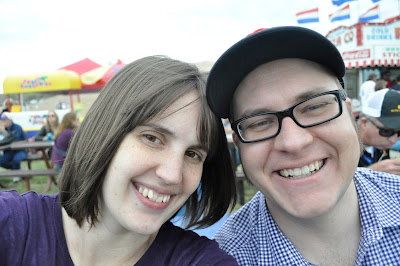 It was fun, but it turns out, walking around for hours is not so good on my preggo body. I took a two hour nap immediately on the couch in Brady's office. My body was really sore when I woke up. Oh well.

Thanksgiving was fun. No pictures. We spent Thanksgiving day with the Gillmans. Brady and I were put in charge of providing the pie. We got kind of excited since I love having pies at Thanksgiving and Brady has always wanted to make pies. So we made 4 pies, a key lime (at the request of Brady's mom), a pecan pie, and 2 pumpkin pies. Everyone was pleased with them and they weren't nearly as hard to make as I thought they would. We all went to a movie that night and saw Harry Potter. Brady and I had already seen it, but were happy to see it again. I think Blake and Cindy were a little lost with the story. Fun times.

Grandma and Grandpa Bingham decided to join Sarah and mom at Sarah's house for Thanksgiving. It was nice to be able see them and spend some time with them around the holiday.

I'll have to wait until I get the pictures from my mom of my baby shower to blog about it. It was fun for me. :)

Brady has finished his degree! Woo Hoo! There's some mess up with his transcripts so he hasn't received his diploma yet. ASU is dumb like that. But he's done with his classes and is now on the major job hunt, which he basically has been for months now. *sigh* He feels really good about being done knowing that he has a BA degree that most employers are looking for. I'm so prond of him, he's worked so hard.

Last week, Brady and I had a major shopping day, we used the gift cards that we received and bought a lot of stuff we still needed. I feel a lot more prepared now since we have all the essential stuff. I just need to do a lot of pre-washing, which will get done next week when the detergent I ordered arrives. Yay!

As for the pregnancy itself, I've had a tough week, in my "easy pregnancy" standards. My mom said that I can't complain about though. So I won't. I'm 35 1/2 weeks along right now. Whew! Only 4 1/2 weeks to go. I can't believe we're a month away from meeting little Oliver. Brady and I are really excited, and get more excited everyday to become parents. It melts my heart to see Brady so happy. We wonder what he's going to look like. We're thinking he'll have dark hair and dark eyes. I'm also guessing that he'll be an 8 pound baby. I won't complain if he's smaller. ;)

Christmas Eve is tomorrow! Have a Merry Christmas!
Posted by The Gillmans! at 10:20 AM No comments: