The awesomeness of H&M is back in my life for good. The amazing Swedish clothing store I talked about in New York has opened in North Scottsdale. Once I found out it was coming, I told Brady that we would have to go. We went last Saturday and I bought a bunch of new shirts. Brady and I also got new coats. I've been wanting a new one for Christmas time since we'll be in freezing Utah. I also wanted one that was a brighter color, instead of black. 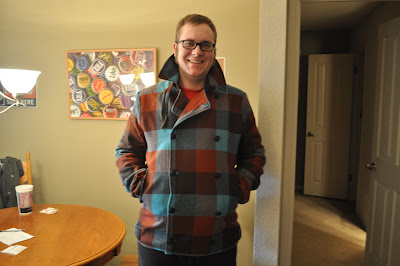 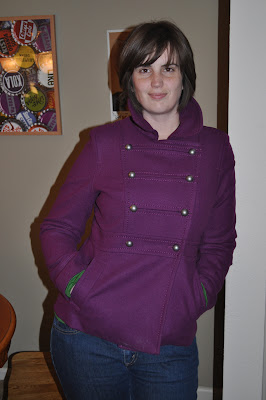 Mission accomplished. Though I don't know if it's warmer than my other coats. Oh well.
Christmas came to our house again, now for Brady. He got a new stereo surround sound system. And for a smokin' deal. :) 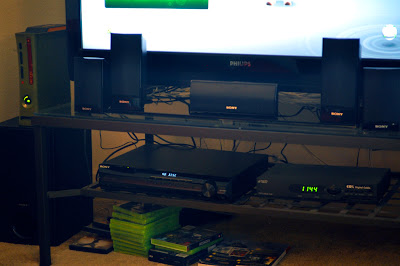 We've been watching DVDs out of Brady's Xbox for way to long, so a new DVD player (with 5 disc changer!) that came with the speakers was much needed.

Now that Christmas is covered, I guess the next stop is Thanksgiving!
Posted by The Gillmans! at 7:10 PM