Past Times: A Strange Rumor 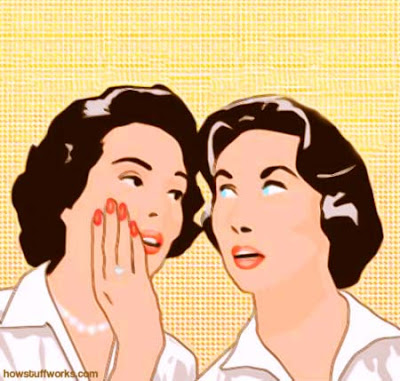 From mid 2003 to mid 2005 I worked for a company called JMW Financial Services. I started out working part-time answering phones and after about 8 months I was promoted to be a trainer and then other duties followed, like data entry. Way boring. I had a couple of work buddies when I was answering phones, but none in the "main office". Of course I was shy and didn't really talk to the other girls that worked there. I ate lunch alone and just did my own thing. Well after a few months, I was given other duties that made me have to interact with the other girls in the office. They were all very different from me but we actually got along pretty well at work and were always laughing together. One day I was talking to one of the girls and she started talking about her daughter. She then said to me, "you have a kid, right?" Bewildered, I said "no". And she turned to me and looked at me like I was the crazy one. "Yes you do!" she said "I heard you did." I asked her where this rumor came from, she just said that that's what everyone thought since I left early from work all the time. They assumed I was picking up a child from school or daycare. (Fact: I left work early about 3 days a week because I had school). This really cracked me up. Apparently about 4 girls I worked with, seriously believed that I had a son. Yup, this rumor had a gender! And better yet, I asked if there was an age for this alleged son, and she said, like 7. SEVEN!! I was like 21 at the time and they thought I had a 7 year old son. ME! Crazy! I would have had to been like 14 when I got preggo. Needless to say, I had to sqash that rumor, but it was still really funny to me.
Posted by The Gillmans! at 2:11 PM